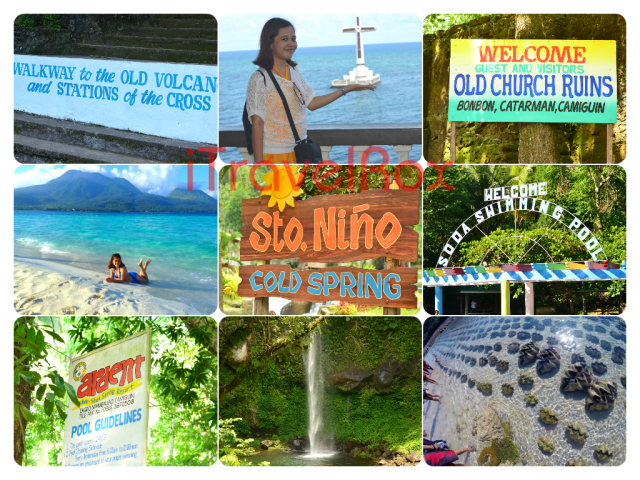 It was January 6, 2015, I updated my cover photo on Facebook related to my Camiguin trip last August 8-10, 2014 for the sake of reminiscing how beautiful Camiguin was when I got there. Because of that 4th photo above, I received some inquiries from friends about the budget and itinerary of the said trip. By the way, this was a weekend trip from Friday to Sunday.

I booked a flight from Cebu to Camiguin which it only had one flight in a day. Camiguin is a small island which when the airplane landed on that day to Camiguin in the early morning, it will return to Cebu the same day. Then the small airport will close and will open the next business day.

We took the only flight from Mactan Cebu International Airport with departure time at 6:10 AM to Mambajao Airport with arrival time at 7:00 AM. The airfare may vary depends on the promo. The only way to get to Mambajao Airport in Camiguin is you have to be at Mactan International Airport in Cebu. Cebu Pacific is the only airline that has a direct flight to Camiguin from Cebu. You can also opt for a boat or ferry that will take several hours to reach Camiguin. I prefer flying because I have to get back to work on a Monday.

We had our contact in Camiguin. His name is Meloy as recommended by a friend who went there already last April 2014. He gave me all the details about the place to stay, the group tour, the itinerary, and the budget. I was able to negotiate since we were 7 in the group but 10-12 people would be better.

The entrance fees of the beautiful spots in Camiguin are just affordable which is just below P30.00.

Where to Stay in Camiguin?

We stayed at Paguia’s Cottages which is also affordable and our room is good for 7-10 people. We had 2 airconditioned rooms: first room is good for 3 persons and the 2nd is good for 4 persons. It has a kitchen, refrigerator, toilet, shower room, LCD tv, and a living room. In short, it was like you’re living in your own house. The house is spacious and you can ask for an extra bed if you’re 12 or 15 in a group. Meloy looked for a place which suited for us. If you are a couple or a small group about 3 to 4 persons, he can also look for another place to stay for your convenience.

You can book this on Agoda – Paguia’s Cottages. 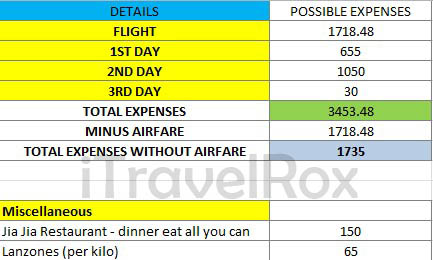 Check out other accommodations in Camiguin here:

Meloy can also recommend you some places depending on your time and budget. If I have a whole day to spend on a beautiful spot, it would be Katibawasan Falls. We only stayed there for less than 30 minutes but would love to swim more as it was not that really deep and I love the coolness of the water on my skin. 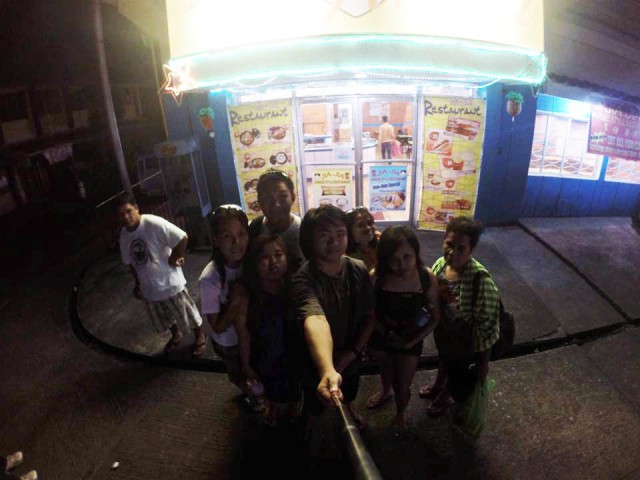 For breakfast, we went to a small restaurant and it was very cheap. We had our lunch at Sto. Niño Cold Spring which I must say it was expensive. For dinner, go to Jia Jia restaurant for an eat-all-you-can for P150. The dishes were great, we were full and I think the next day, we went there for brunch and dinner too.

Food budget was not included on the list as it may vary.

It is best to go during summer time around late February, March to May. Avoid rainy seasons during the months of June, July, late August, September, October, November, December, and January.

Fortunately, we went there on the first weekend of August that it was a sunny and bright day. Our trip was perfect like summer.

I have a friend who went to Camiguin around July and it was unfortunate for him and his group that they didn’t enjoy much of the trip as it was raining, muddy, and big waves going to White Island.

With airfare, food, and some souvenirs – P5,000 is fine for each person. But if you bring your own food and don’t buy souvenirs, you can estimate already on how much money to bring. For this trip, I spent almost P10,000 or more because I paid for mom and sister’s airfare, accommodation, food, and almost everything, I guess. It was a treat. <3

Some photos were grabbed from Dianne and JJ

Book your Hotel with Agoda

Check out the other places I visited in the Philippines with its budget and itinerary: