This is the second time around in Palawan (Puerto Princesa-El Nido-Liminangcong) that happened last September 30 until October 13, 2015. But first, let me blog about Liminangcong as an off the beaten path I’ve ever done in my life.

How To Get To Liminangcong?

Liminangcong is a small town in Palawan. A friend of mine invited me to go there as she has now a family.

I need to IG this, i left #ElNido for a new adventure going to #Liminangco. It was a tough ride – uphill and downhill #motorbike #ride. Passed by a lot of mountains, farms, rice fields, forests, migratory birds, small bridges, and almost fell from a motorbike ride. The best part was an awesome view of the lake behind me. What an off the beaten path #adventure. I am still in #Palawan #monthlytravels #October2015 #noSignal on the way!

Going to Liminangcong was not easy as the road was really difficult. I arrived there about an hour. Good thing I arrived safely. So happy to finally meet my friend’s family.

I brought my laptop with me so as a digital nomad I was able to work. On a Sunday, we decided to have an island hopping with the family. We were so lucky that we were able to borrow the boat without paying anything. I could say I was really lucky.

We rented a bike for an hour and we were able to roam around the town before going to the island hopping. We saw a little spring with a family enjoying the cold water. 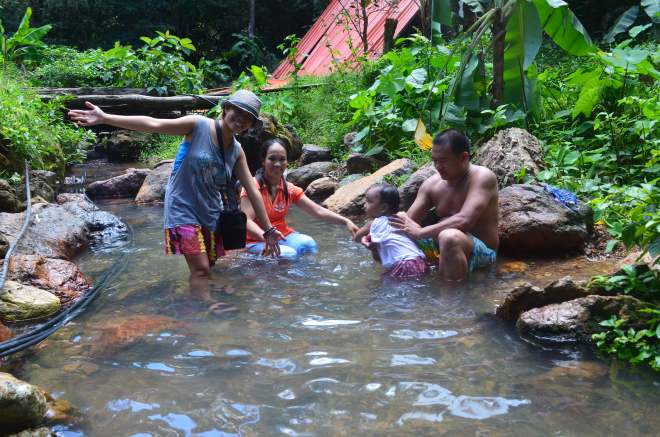 Well, would you ever stay in this place?

Off to our island hopping and we saw this bridge that gave me the idea for a photography session.

I was really happy about this trip as there was no tourist around but just me. This is the feeling of exploring beautiful islands and beaches as if you’re the first person who discovered it. Well, I am happier now that I captured this on my camera.

We settled on this island for our lunch and this is a very cool place for snorkeling. I always have my snorkeling mask and gear with me. Too bad, I don’t have an underwater camera.

We settled on this island for only few hours then dark clouds started to appear. As much as I wanted to stay longer on the island we need to get back to our place as we have a little kid with us.

Something to appreciate Mother Nature, I love seeing rainbows!

Few hours before I have to leave Liminangcong, I asked some friends if there was a waterfall nearby since we saw a spring. The family who enjoyed the spring told us about it so with friends, we went on a little hiking. The rain started to pour and my DSLR camera was at risk. Good thing, I was able to get some photos as if I was using a GoPro. 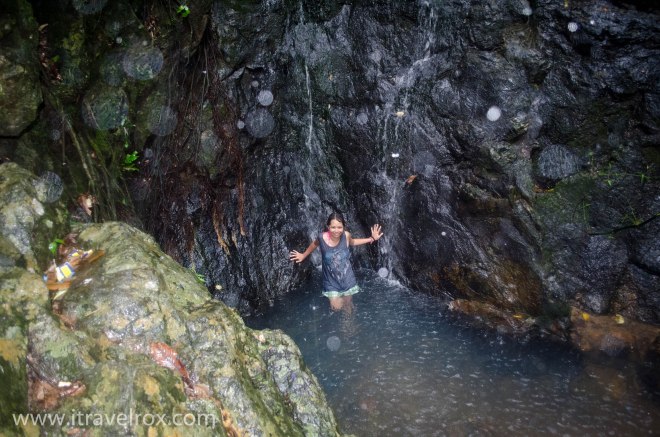 I would love to bring my friends here someday. We can buy food at the market and rent the boat. It’s a trip worth sharing with friends.

22 thoughts on “Off the Beaten Path Palawan: Liminangcong”